Narrator:
The 22-year-old was sitting in an oddball position - lying on his back with his legs pinned against the wall forming a right angle.

Chatur:
He has been acting weird all year, says he's waiting for an idea to pop out of thin air. This pose apparently rushes blood to the head, and that's supposed to get the brain working. Doesn't seem like it's working!

Narrator:
The young man had seen it on Power Rangers Time Force as a child. The green ranger would handstand to have blood circulate in his head to think. And he probably thought if it worked for the ranger, it most definitely should have worked for him.

Chatur:
This is the least of his crazy ways though! Earlier this year, he went on a month long vacation with a $30 Nokia phone to call back home because constant interruptions might disturb his flow of thought. 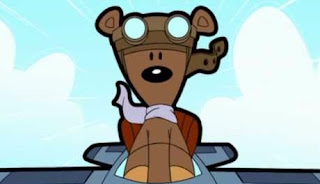 Our character of concern on a month long break!
Narrator:
But how'd that work out for him you ask? Well, the 22-year-old came back having seen a lot more of the world, but no new idea in his mind.
You see, ideas don't work like that. They don't just show up uninvited at a party. And even once invited, they take their own sweet time. But when they finally show up, they feel like they've always been there, but the thinker just couldn't connect the dots. And the globally preached travel idea - see the world, feel new feelings, experience new experiences isn't all that transforming immediately. The 22-year-old's brain had seen so much more of the world in such a short period of time that it hadn't yet had time to process any of it.
Think of it like like Kindergarten all over again. The tram rides feel new. Skiing makes you feel like you haven't ever been this alive. The rush is intense and the fear of falling and tumbling down into a mini avalanche even stronger. How could a mind possibly come up with anything in such times! 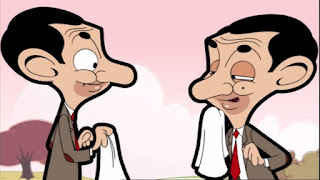 Chatur and the Narrator*
Chatur:
Wait, who am I talking to? Sounds smart. Reasonable. But what about this! He stopped meeting his friends, he completely cut off with a close friend he'd spend every weekend with, and he spends all his time at office. He says staying there late at night helps him think, but I honestly think he's distracting his mind from being alone and doing what he wants to do. Coward! That's what he is!

Narrator:
The poor chap has to realize it's not the people he's around, his friends or his extrovertedness. They're all great and doing those things had helped him throughout college. It's the irrational amount of time he spent at his extremely-demanding-under-paying job. The boy thought it'll help him grow in his career, to work hard, and to do things people in the company hadn't ever done. But what he didn't realize was a workplace is only as good for him as long as it adds more value to him than he adds to it.