Showing posts from March, 2017
Show all

March 27, 2017
With emails about graduation and yearbooks hitting our beloved Zimbra email, I realize I'm graduating soon. The  presswaale of our batch have taken up the responsibility to publish a yearbook with our photos and 50-100 word notes of how the experience was for each one of us. Here's mine! I spent hours trying to think up a way of coming up with something unique, something that didn't sound like what  any other graduate from just another university would say, but that's impossible. So I decided to simply let the words flow. One downside is, that makes my note very generic. Oh well. There's not a thing I would change if I could relive these years. DA really gave us the experience everyone says you'll have at college - the hostel that never let us sleep before 3am, lectures that demanded minimal work, a huge lecture theatre that allowed us to sleep unnoticed, a football team and a ground I'll remember for life, and friends that I would love to grow old wit
Post a Comment
Continue reading »

Thousands of generations to learn anything | Evolution 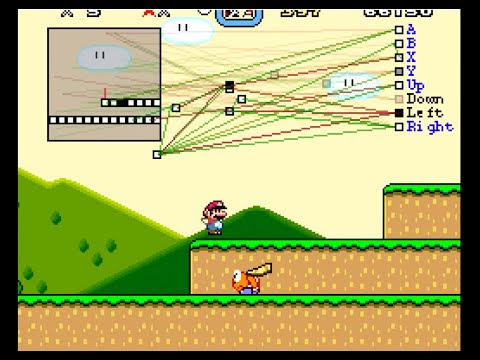 AI, in the form of neural networks today takes hundreds of thousands of iterations to learn from scratch. Given a set of defined goals and a basic know-how of the limited set of controls it has, it repetitively performs a sequence of operations to understand what helps it reach its goal and what doesn't. At times it takes the same path with a slight detour to see if that made any difference. Take for example the following brilliant demonstration of a neural network learning to play Mario.  Easter egg - MarI/O is open source. The entire process of the neural network learning to play the game is based on biological evolution. During its initial generations with almost no idea of what to do, MarI/O simply stood there, or kept jumping in place. It then learnt that pressing the right button helped it reach closer to its goal - to reach as far right as possible. So over the next hundreds of generations, it just kept pressing right, and then jumping in place. Later, it realized p
Post a Comment
Continue reading »

March 03, 2017
If in the next couple centuries we are able to build an AI that surpasses human intelligence, will it exterminate humankind? It simply might as it may foresee humankind turning against it and pulling its plug of life. As a race, we have not been subjected to another species more intelligent than us, and when the day comes, we might find it very difficult to control the motivation of a race smarter than ours. A naive proposal suggests making an AI with seemingly benign goals, one as simple as calculating the value of Pi. But here's how it can backfire. "One popular scenario images a corporation designing the first general purpose artificial super-intelligence and giving it the simple task of calculating the value of Pi. Before anyone realises what is happening, the AI takes over the planet, eliminates the human race, launches a campaign to conquest to the ends of the galaxy, and transforms the entire known universe into a giant supercomputer that for billions upon billions
5 comments
Continue reading »
More posts